To start with, I’m never going to be the one to defend the Dead End Kids/East Side Kids/Bowery Boys or any of their movies as comic masterpieces. No, for the most part they’re dire-but-watchable examples of the sort of thing that would play as second feature behind some thing more palatabe “A” feature, one that might star James Cagney or Humphrey Bogart (Ha! Do you see what I did there? Both Bogart and Cagney were in early Dead End Kids movies!) Actually, the “kids” started out in “A” pictures that were more about drama and social comment (Angels With Dirty Faces is particularly good) but the natural comedic skills of actors Leo Gorcey and Huntz Hall (among others in the gang) led the movies to be more and more antic-dominated (by the 50s they were basically sitcoms). Spooks Run Wild is kind of the transition point; there isn’t much social comment in what is basically the same “Old Dark House” comedy-formula movie that virtually every comedian or comedy team made at least one of from the nineteen-teens up through A Madea Halloween (Abbott and Costello did one the very same year). But you know what, it’s fun, it had a decent budget, there are quite a few laughs, it has Bela Lugosi and Angelo Rossito (a dwarf actor who had a long and interesting career stretching from Tod Browning silents and Freaks to Mad Max Beyond Thunderdome), and you know what? It’s only and hour long and you could have probably watched it in the time you spent reading this.

The print is very good, considering that it’s the sort of movie no one made much of an effort to “preserve”. 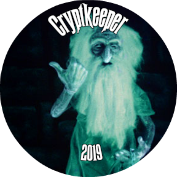